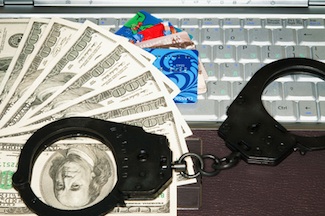 Keylogger spyware, which is getting easier to write and deploy is rapidly becoming the tool of choice for Internet criminals. Trojan programs give them a way to install what is called a keylogger on remote computers- and the best part (for them) is that the end user willingly does it for them.

This idea dates back to the Trojan war, when the Greeks left what looked like a free gift at the locked gates of the city of Troy. Not knowing that there were soldiers inside the Trojans willingly pulled the large wooden horse inside the walls of the city. As they slept, the Greek soldiers crept out and unlocked the gates, thus letting the enemy in.

The spyware is deployed secretly and silently on the consumers’ computer. It records every keystroke on the infected system. Recorded keystrokes are then forwarded to hackers automatically through email. Generally, these programs are included inside of software which the user unknowingly downloads, thus totally bypassing the antivirus software and firewalls that are meant to keep them out . Be wary of software being offered for “free”. We recommend checking with reputable web sites like http://www.cnet.com to see if they have tested it first.

Cybercrime constitutes a threat to political and defense strategies of  entire countries as well. One of the reasons why cybercrime has acquired so much attention is the fact that computer crime has no limits. Making a large sum of money is very attractive to computer hackers as they sell the gathered information to other countries and companies.

VeriSign, a world renowned company has found hundreds of different types of keylogger programs in operation, with potentially hundreds of thousands of infected computers. This problem, as massive as it is, is only going to get worse as the amount of people who go online increases.