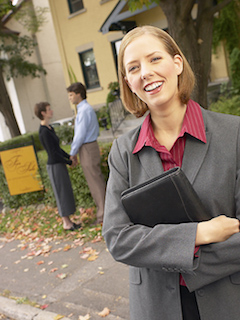 I know that isn’t really what you were probably taught when you were earning your credentials to become a realtor- crime prevention tactics were not a big part of the certification, if at all. However, it is a good idea to keep in mind if you find yourself in a situation that you are uncomfortable with or you are realizing has become downright dangerous.

There is a link to an article below which is very well known in the real estate community about a realtor who was killed while showing a house to someone claiming to be a prospective buyer.

First, listen to your gut instincts. This is one of the most potentially harmful or fatal mistakes anyone, not just realtors can make. Predators prey on your not wanting to seem rude and get into your space- within striking distance because they know you are overriding the signals that are telling you to fight, or back up and get away.

Second, keep your distance! When someone enters your personal space- pay attention  to that. either back up or tell the person they are too close. most people will respond to that. If they don’t- you know you may have an issue.

Third, act as soon as you think you are in danger.  Whether that’s yelling, running, fighting (if you are trained) or using a personal alarm or pepper spray (if you don’t have something like this, get something!) to act as soon as possible. Unless you have a gun with you which you have been hopefully trained to use and have practiced with, shoot, scream or make noise first, ask questions later. You never want to let a predator know you have something like pepper spray. You just want to use it. If you do have a firearm, follow the advice given by those who trained you.